The United Showbiz is a show with invited celebrities to talk issues ,most concerning the Entertainment industry. Regular guests are: Bullgod, Arnold Baidoo Armah , A Plus . The host for the United Showbiz was this popular female personality , Nana Ama Mcbrown 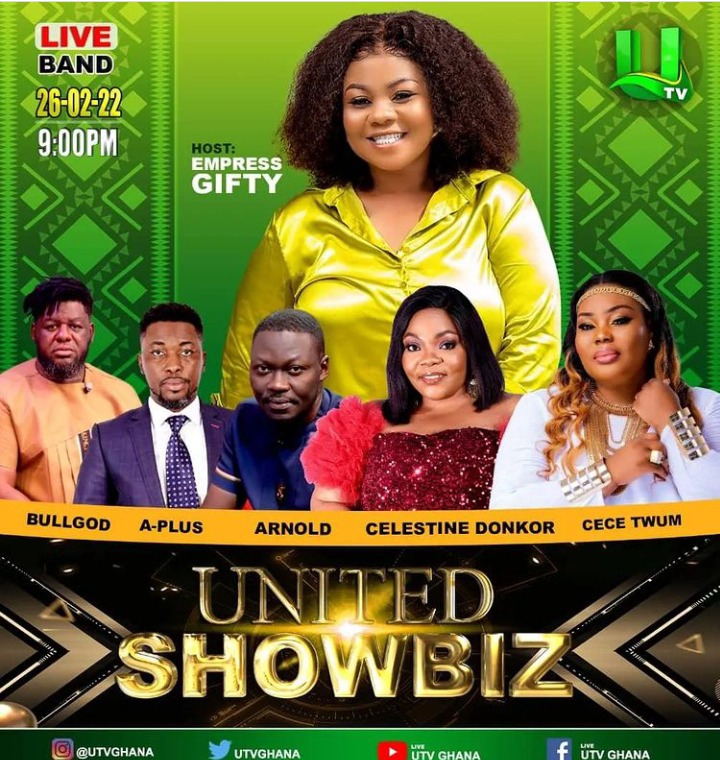 Nana Ama Mcbrown is also an actress, a writer and a philanthropist. With great line performed in acting, she has won several awards as the best ghanaian actress.

Also read:Shatta Wale sacks Bulldog, others from his management team after GHAMRO disclosed they owe him GHS 30,000

Currently,there had been changes in the United Showbiz host. 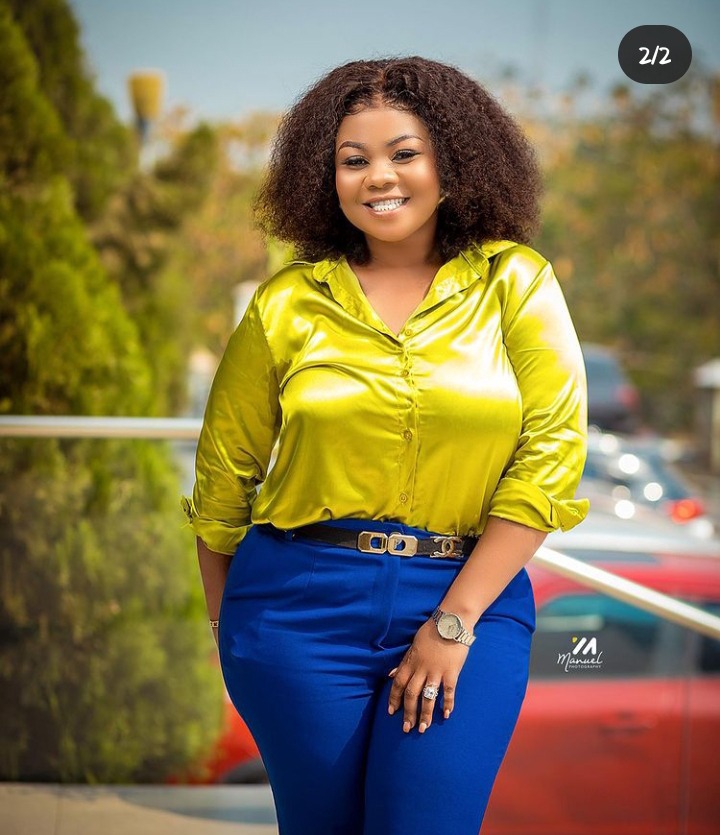 This weekend, 26th of February, 2022, popular gospel musician, Empress Gifty would be hosting the show. With regular guests and also other renowned singers like Cece Twum and Celestine Donkor would be present.

Empress Gifty is also a fashionista. She was awarded the artiste of the year in the 2018 National Gospel Music Awards. In 2019 she led the nomination list in the Maranatha Global Worship Music Awards held in Kenya.

Watch out for Empress Gifty this Saturday. Thank you for reading.

VIDEO: Samini breaks down in tears on live TV while reminiscing how Sonni Balli helped him

If Mahama’s Government Was Incompetent, What Name Can We Give To...